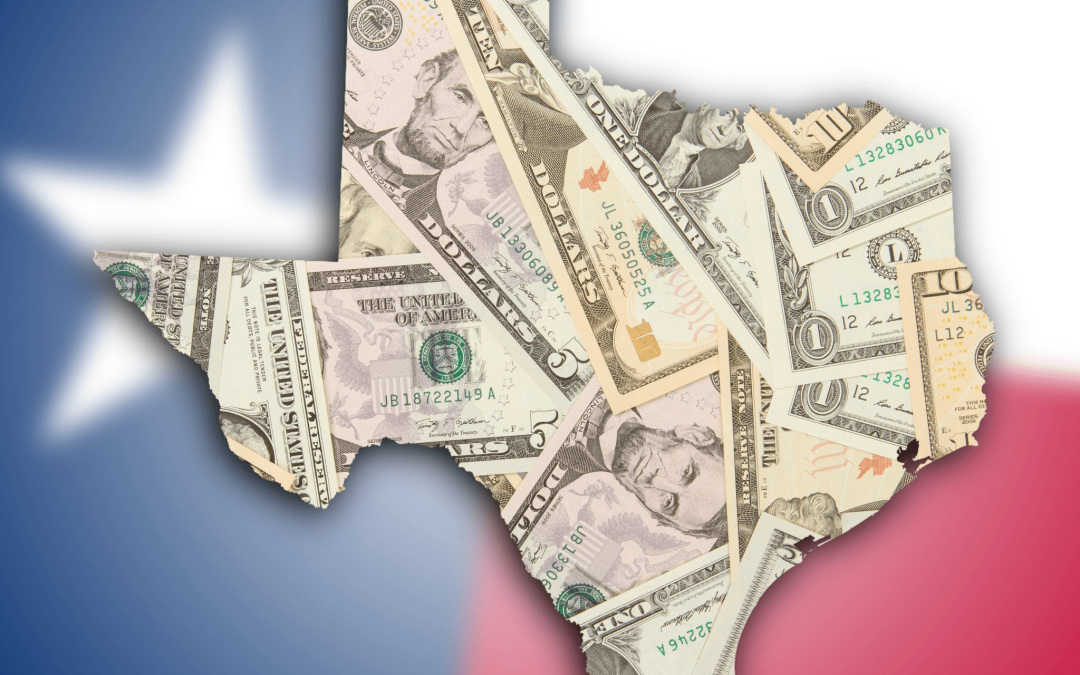 A viral infographic showing how Texans pay more taxes than Californians has raised eyebrows across the state. Even Beto O’Rourke drudged it up in a recent tweet. The Houston Chronicle says it’s true, the Tax Foundation says it’s not, and the San Antonio Express-News shrugs its shoulders. The answer depends on your income level and your assets. 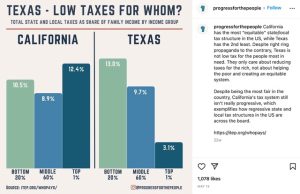 First thing to note is that the data from the graphic is four years old. It’s 2018 data from the Institute of Taxation and Economic Policy (ITEP). It’s compiled using IRS income tax data, the U.S. Bureau of Labor Statistics’ Consumer Expenditure Survey, sales tax data and property tax data from sources like the Census Bureau, the San Antonio Express-News reports.

The Express-News talked to Robert Peroni, a tax professor at the University of Texas at Austin School of Law, about the findings. He says the numbers appear to be based on real-world data and policy and that “nothing substantial has changed in the state tax-wise since 2018.” However, he points out, all think tanks have their own viewpoints. ITEP leans liberal. Plus, the viral buzz following this original post have lost focus.

So do Texans pay more in taxes?

“Nothing could be further from the truth,” says Chuck DeVore, Chief National Initiatives Officer at the Texas Public Policy Foundation. “Californians pay $6,813, per capita in state and local taxes each year, according to the Tax Foundation. Texans pay $4,481 per year, per capita. That’s about two-thirds of what Californians pay.”

The bottom line is that the two states operate very differently. While Texans and Texas corporations don’t face state income tax, it’s no secret that they’re taxed in other ways. Texas is also a decidedly business-friendly state, offering “companies of all sizes and all industries one of the best business climates in the nation, with a fair, transparent tax and regulatory structure designed for businesses to succeed.” So, yes, there are tax breaks as you climb up the ladder and, certainly, if you’re a business owner in the middle to upper brackets. To really find out if you would pay more in Texas versus California, you would need to talk to a tax advisor about your specific case. For questions, feel free to contact us.