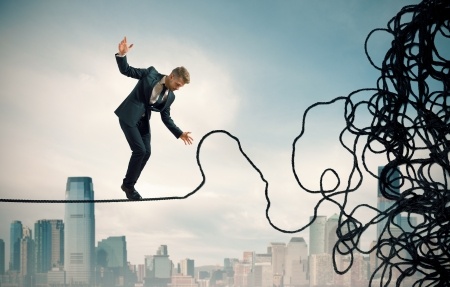 Business growth is great. It’s the American dream. But without the right team on your side, the IRS can quickly turn that dream into a nightmare.

“I failed to realize that middle management was the key to making it all work,” a business owner—now a Steven Bankler, CPA, Ltd. client—confessed when explaining how his company’s rapid growth from three locations to 20 locations in an 18-month period turned into a long-term battle with the IRS. “I discovered too late that our offices were failing to implement accurate cash flow procedures. The lights stayed on, employees got paid…but there was nothing left for employment taxes and so that bill started piling up.”

In 2010, the IRS put renewed focus on employment taxes, vowing to audit 2,000 U.S. companies annually. Since that time, many business owners have been audited and have faced a harsh reality: They were personally liable for the unpaid payroll taxes deducted from employees’ paychecks, through what the IRS calls a trust fund recovery penalty or the 100% penalty. Our featured business owner was among those who received this devastating news and promptly turned to a large firm outside of Texas that specializes in IRS debt settlements for help. However, the settlement agreement the firm proposed simply wasn’t realistic.

“I’ve learned now that many of the big firms that claim to quickly and easily help settle IRS debts—the ones you see advertising on TV—aren’t necessarily looking for the best outcome for the taxpayer,” he said. In fact, their policy seems to make the IRS work harder to get information. Sooner or later, the IRS was going to get the requested information. Revenue officers are charged with collecting taxes and have an abundance of power at their disposal. As all too many business owners find out, if you pour lighter fluid on them, they will find an opportunity to use gasoline on you.

A colleague urged the business owner to contact Steven Bankler, who helped turn his situation around with what he considers a much more favorable payment agreement. Here’s what our featured business owner learned in the process:

“My situation is not unique,” he concludes, adding that he’s relieved he now recognizes what went wrong and has the tools in place to prevent the same thing from happening in the future.