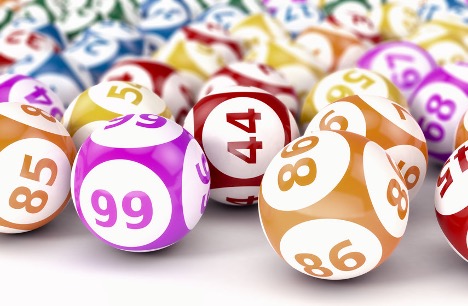 A recent tax court case involving a Boston cop proves that once you purchase a winning lottery ticket, you’re on the hook to pay taxes on the winnings—even if you don’t keep the ticket.

The police officer won $10,000 on a scratch-off ticket, which he then sold to a convenience store owner for $7,500 in cash. That store owner sold the ticket AGAIN to the person who ultimately redeemed it.

The chain of events led to the following charge, paraphrased from the U.S. Department of Justice’s account: The officer sold the winning ticket for cash rather than properly claiming it with his state’s lottery commission. He then failed to report his gambling winnings on his U.S. Individual Tax return. His failure to report the gambling proceeds resulted in an additional tax due and owing for that year of $1,800. He was charged and has agreed to plead guilty to allegedly failing to report gambling winnings on his tax returns.

The charge of filing a false document with the IRS can carry a sentence of up to one year in prison, one year of supervised release and a fine of up to $10,000. CPA Practice Advisor reports that, while a plea hearing has not yet been scheduled, an agreed-upon deal recommends the officer serve one year of probation, pay an unspecified fine, pay a mandatory special assessment of $50 and pay $1,800 in restitution. He’s also been placed on administrative leave with the Boston Police Department.

The IRS very clearly states that gambling winnings are fully taxable and must be reported as income on your tax return. That means any winnings over $600 are taxable. Gambling income includes winnings from lotteries, raffles, horse races, and casinos. It also includes the fair market value of prizes (cars and trips, for instance).

At a time when the IRS has difficulty following up on administrative-heavy investigations, tracing original lottery winners is comparatively easy to do. Lottery ticket retailers are licensed, and their state’s lottery commission tracks each ticket they sell. For prizes over $5,000, state lottery agencies may have to report winnings to the IRS and withhold 25% for federal income taxes when they payout.

For winners who owe back taxes or child support, the amounts may be automatically deducted from their winnings. Those reasons alone can tempt lottery winners to sell their tickets. It’s unfair to speculate on this particular case since we don’t know the whole story and, as the DOJ points out, “The details contained in the charging documents are allegations. The defendant is presumed innocent unless and until proven guilty beyond a reasonable doubt in a court of law.” Just bear it in mind the next time you’re tempted to dodge dealing with the IRS when you hit the jackpot. The IRS will always want its cut—and from the appropriate person. Feel free to contact us with questions.