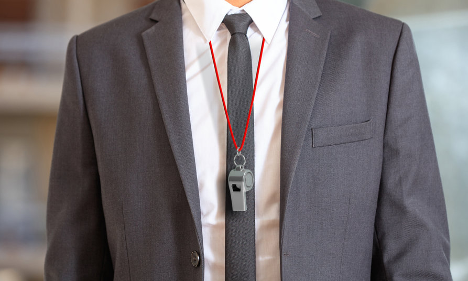 Money is a powerful motivator. That’s why the IRS Whistleblower Office is sometimes called into action, often when business partner disputes or divorce cases gain momentum. There could be a lot to be gained—15 to 30% of the taxes that are due could be rewarded to a whistleblower—but reality paints a different picture. At least at the moment.

The IRS Whistleblower Office serves as an avenue for eligible individuals to report possible tax evaders. Since 2007, the Whistleblower Office claims to have paid awards to whistleblowers totaling more than $1 billion thanks to the successful collection of $6.14 billion from non-compliant taxpayers.

But obtaining a monetary reward as a whistleblower isn’t as easy as it may seem. First, there’s a high likelihood that the claim will be denied or rejected. Most—about 46%—are rejected because the allegations aren’t specific or credible, and another 25% are denied for various other reasons. Then there’s the long, drawn-out process. In the past few years, the average time to process an IRS whistleblower award is about three years for smaller cases and over ten years for disputes involving over $2 million.

What’s more, the awards can only be issued once a final determination can be made. That means the taxpayer has exhausted all appeal rights and can no longer file a claim for a refund or otherwise seek to recover the proceeds.

Finally, the award percentage isn’t standardized. The IRS points out it “generally falls between 15 and 30% of the proceeds collected and attributable to the whistleblower’s information.” The award percentage decreases for claims based on information from public sources or if the whistleblower planned and initiated the actions that led to the noncompliance. Currently, the total can also be reduced by a government sequester to help Uncle Sam better balance his budget. The sequestration rate as of May 2022 is 5.7%.

A reform bill circulating Congress could make IRS whistleblowing easier and more beneficial. The IRS Whistleblower Program Improvement Act of 2021 could ease the process complexity, remove sequestration, and add anonymity protection, among other things. An interesting factor that could hasten its approval is how it may help deepen pressure on Russian oligarchs.

“I expect a significant increase in examination activity by the IRS in the next few years — with a focus on these priority areas,” Zerbe states.

If you have questions about IRS whistleblowing, feel free to contact us.