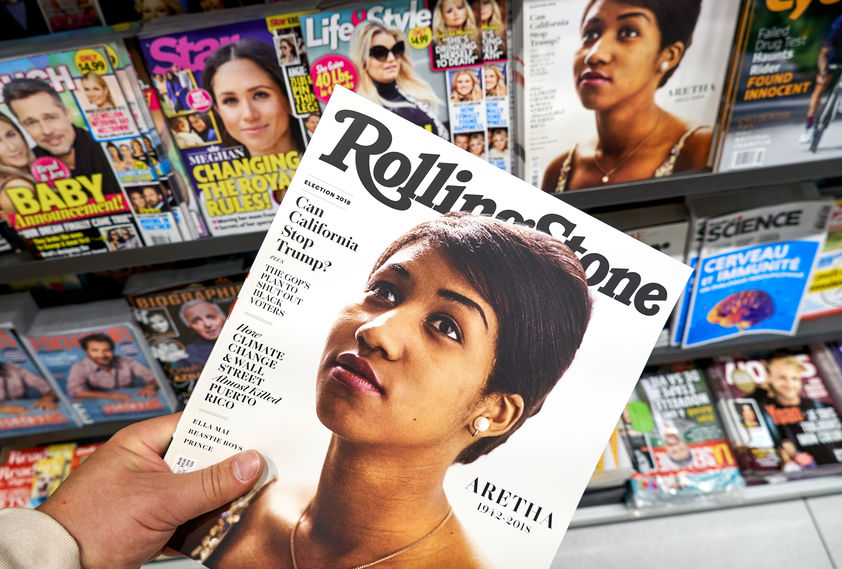 One week after Aretha Franklin’s estate settled with the IRS for $7.8 million, a new unsigned will emerged. This new (and, if you can believe it, fourth) document mentions a trust, but is it too late?

When Franklin passed away in 2018, the singer’s legacy followed the path trod by all too many iconic musicians before her, including Prince and Tom Petty. That legacy includes courtrooms, IRS debts, and plenty of confusion on who will inherit what.

Tensions ran high among family members as the search for a will began. No formal will was found, but three separate drafts were discovered in Franklin’s home six months after her death, with conflicting wishes handwritten and scribbled on notebooks reportedly stuffed under Franklin’s couch cushions.

Recently, years of infighting based on those documents and additional IRS claims seemed to be winding down. In March 2020, Franklin’s niece Sabrina Owens stepped down as the estate manager, complaining of being “worn down by family acrimony” since the confusing handwritten wills were discovered. One year later, by March 2021, Franklin’s four sons reached an agreement with the IRS on paying down a $7.8 million tax debt (which is significant, given that Franklin’s inventory holdings were calculated at $6.7 million last spring).

The agreement allowed her sons to finally receive an injection of cash from the estate, although it only amounted to $50,000 each, with quarterly cash payouts to follow. The settlement incorporates future income from song royalties, licensing agreements and other money streams with:

But wait, there’s more: A new—fourth—will has emerged. This one is typed but not signed and appears to have been drawn up in 2018, shortly before her death.

“Among its highlights,” writes the Detroit Free Press, is that “most of her assets were to pass equally to her sons Edward Franklin, Ted White and Kecalf Franklin. A trust would be set up for eldest son, Clarence Franklin, who has special needs.” The document has been submitted to probate court and is awaiting action.

At the same time, the Franklin family is battling over Aretha’s legacy in another way. Two biopic productions are being released on her life, with only one being said to cooperate with the family on their input and consent. The family believes that NatGeo—the producer of a four-part series Genius: Aretha—was in talks with Sabrina Owens about the production but, when she stepped down as estate manager, the show went on without family input.

Your legacy may not include being one of the most influential artists in history, but it does include assets worth protection. The lessons that Franklin’s estate woes hold are multi-faceted. They include the importance of having and updating a formal, signed will, putting in place other critical estate tools like trusts, keeping up with taxes, and naming a trustworthy and knowledgeable executor. Your money, your heirs’ livelihood, and the future of your business (including personal goodwill and intellectual property) are all at stake. As you can see, too, the taxes can be overwhelming when protections aren’t in place, especially when debts are involved. Feel free to contact us with questions.